Guilds are character groups, formed by players who share similar interests in game. While some Guilds might reserve certain privileges for long standing members, some benefits to being in a Guild include access to a Guild chat, use of the Guild's Perceptors and access to the Guild Houses and Paddocks.

Note: The Dofus Wiki does not allow the listing of individual Guilds or characters. Please check external links for forums that allow recruitment listing or use the Guildopedia to list Dofus Guilds.

While there are some players who prefer to remain Guildless for all of their Dofus life (for any number of reasons), the majority usually end up joining a Guild. Being in a Guild has a number of benefits:

To join a Guild you cannot be part of another Guild. Assuming you aren't you need to be invited by a member of the Guild you're trying to join. The member must have the rights to invite others to their Guild.

If you're looking for a Guild, good places to try are the Recruitment Chat, as well as checking on forums which list active Guilds.

To create a Guild, you must first possess a Guildalogem. You must also be P2P when you create the Guild, though you can then let your subscription lapse and become F2P while remaining Leader.

When creating a Guild the leader must pick a name, logo (consisting of an image and a background shield) and the Logo's colors. These can be changed, through the use of Guild Renaming Potion for the name, and Guild Emblem Change Potion for the Logo. Both items can either be bought from the Alchemist Markets, sold by other players, or bought from Dofus Services for 700 Ogrines each. 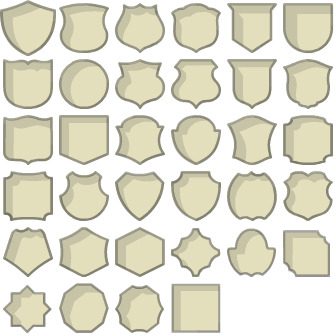 The maximum number of members a Guild can hold is based on the Guild's current level. A Guild can hold 140 members plus 1 additional member every 2 levels.

Members of a Guild can be given a variety of rights:

Commonly, some Guild privileges may be withheld from the low-ranking members.

There are a number of ranks which are assigned to Guild members on the basis of character level or merit. These ranks are typically used to determine a member's rights within the Guild. Not all Guilds use all of the ranks, and not all Guilds use the same ranks the same way.

The ranks, in hierarchical order, are as follows:

The Guild Leader is a special, unique rank. There is only one leader, and they cannot be banished. The leader always has all of the rights, and these rights cannot be taken away or disabled by another member. They are also the only member of a Guild who can use Perceptor deleveling potion and buy or sell Paddocks.

The Guild leader can also change if the current leader's character has been deleted, or inactive for a long period of time (around 2 months), and when there are no other active members for choosing a new leader, the guild is deleted (in this case it is 1 year). In either of these events the new leader is picked based on the following:

Just like characters, Guilds too can gain experience and level. With each level the Guild's Perceptors become stronger, the Guild's maximum member number also increases. Every 10 levels the Guild can also purchase another Guild House and Paddock.

The experience required for each level is 10 times that of a player. This table is out of date, the requisite experience for a level 200 guild being around 22,000,000,000 experience. The table is accurate until roughly level 180 however.

A Guild's experience mainly comes from character donations (although XP gained by Perceptors also contributes). Some Guilds might enforce a minimum XP donation by all members. Any amount from 0% to 90% is allowed, although most Guilds will request a donation from 2% to 5% from standing members, while higher may be required of new or potential members.

Any normal member of a Guild can simply press the "X" button by their name in the Guild member listing in order to leave a Guild.

A Guild's leader cannot outright leave a Guild, instead they must first pass on leadership to another member or be the only remaining character in the Guild (in which case the Guild is destroyed and impossible to regain).

Inactive players will be automatically removed after 3 months without logging in. In this case any mount of theirs left in a guild paddock will run away.

As mentioned above, Guilds can obtain Houses and Paddocks.

While the Guild as a whole may contribute to funds for a Paddock, only the Guild's leader can buy or sell Paddocks.

Once a member has changed their House into a Guild House they can set a number of rules in order to limit what Guild members can do in the House, the rules are as follows:

If a Guild consists only of one character who hasn't logged in for a year, the Guild is removed.

Retrieved from "https://dofuswiki.fandom.com/wiki/Guild?oldid=457640"
Community content is available under CC-BY-SA unless otherwise noted.