Although much of Dofus consists of fighting monsters, there are possibilities for PvP. PvP stands for Player versus Player.

There are 4 instances where PvP may occur:

A challenge is a function in which a player can challenge another player to a fight simply for fun, sometimes with a prize or gamble on the winner(s), or even just to prove who is better. The receiver of the challenge has a choice to accept or refuse the challenge. There are no consequences or prizes for winning or losing, no health, kamas or experience is lost or gained. The battle can be ended at any time, even before it begins, by clicking the orange 'X', which is near to the ready button. If the game is started, a player may leave at any time by ending a battle as any other battle would be ended (by clicking the orange 'X' near the ready button). There are no consequences for ending a battle.

Many players use the challenge function simply to see another player's level.

An aggressive challenge takes place when one player attacks another player of a different alignment. This type of challenge is only available to aligned characters.

An aligned player may aggress someone of the opposite alignment, he or she has no option to refuse the aggression.

Honour Points are gained for defeating an oppositely-aligned player. If the opposing player's wings are dull, the attacker will not gain any honour points because the player's level is too low. The loser will take all usual effects of death except that their pet won't lose any HP. It is impossible to aggress anyone at the zaaps. 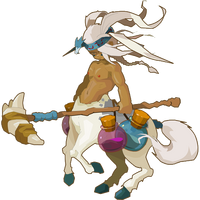 Perceptors placed by a guild can only be fought by P2P. Perceptors collect experience and drops from battles in that area and prevent another perceptors from being placed in the map - all possible reasons for someone to attack one. They involve three stages:

Attacker Join Phase, where people may join the fight against the Perceptor. Members of the Perceptors Guild and Alliance receive a message that they are under attack, and any who are not in battle or otherwise occupied may join to defend it. The names and levels of all attackers are visible in the guild window until the end of this phase.

Defender Join Phase, all members who choose to defend are sent to the battle on the map of the perceptor. They are given time to switch starting positions (if any are left open), but attackers can no longer join or switch position during this phase.

Battle Phase, where the two sides fight each other as they would any other battle, except the Perceptor attacks with the spells it has been given. The Perceptor acts as a summoner, so if it is killed the battle is over, and the attackers are declared winners. The defenders must defeat all attackers before they are granted victory.

If the attackers manage to defeat the Perceptor, they receive whatever items and xp the Perceptor was holding at the time. The Perceptor is also removed from the map, allowing another guild to place one there. Defenders on the losing side will be returned to their Save Point with 1 hp, but they will not lose any energy. Their equipped pets also will not lose health as a result of the defeat.

If the attackers are defeated, they suffer all the normal consequences plus an additional loss of 3000 energy. This is most likely designed to prevent frivolous or repeated attacks against a Perceptor.

It is always important to have a knowledge of your opponent. If you know the attack patterns of your enemy you will have the strategic advantage, especially if your opponent has not learned your characteristics.

Secondly, always choose your start position for your advantage. Long range characters should choose a square far from their opponent (obviously) that has an unobstructed line of sight. "Tank" classes such as Sacriers should ALWAYS choose a starting spot close to their opponents. Classes such as Ecaflips should base their choice of starting location based on their main attack's range, their initiative and how they think their opponent will act. Also, when choosing a starting spot let your opponent lock in while you consider your options.

The same classes that should always start close to their opponents should also attack, or move towards a state of attacking. More "fragile" classes (read: Cras) should have their own security as their top priority, attacking only when it will not endanger them. Middle classes should use their best judgement to decide when it is appropriate to attack.

Retrieved from "https://dofuswiki.fandom.com/wiki/PvP?oldid=441896"
Community content is available under CC-BY-SA unless otherwise noted.